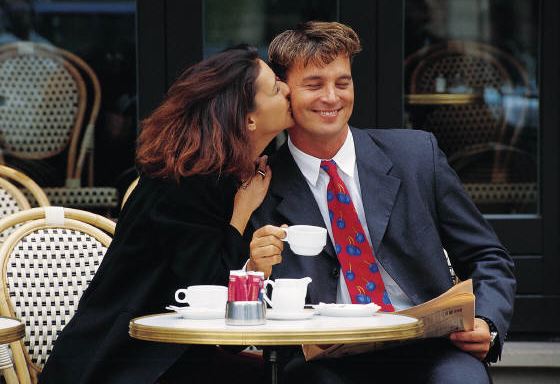 Gold diggers have a bad rep. Supposedly all they care about is finding male victims with money, and bleeding them dry. They pretend to love a man, when what they really love is his wealth. These Predatory Golddiggers do exist. But they are a small minority of women.

For thousands of years most women have considered financial security to be the most important quality they seek in a potential mate. This is true in virtually all countries and all cultures around the world. But these women want much more than just a comfortable lifestyle. They want to meet a man to love.

These Loving Gold diggers are women who value financial security as a top priority in selecting a mate, but also are sincerely attracted to men for their personal qualities. They don’t pretend to love a man in order to steal his money. They want a loving relationship. But aren’t they superficial, placing such a premium on wealth? Maybe. But they are no more superficial than most men, who seek beauty in a woman above all else. So maybe we should all get off our high horses and admit the obvious: women often trade their beauty for a man’s wealth. It’s not immoral. It’s just the classic trade-off.

Anthropologists tell us that there are sound reasons for women choosing men who will be good providers. Women are “hot-wired” to connect with men who increase the chances of survival for their children. And likewise, experts argue that men choose physically attractive women because it increases the likelihood that their offspring will survive.

Most women deny that money is the most important characteristic they seek in a romantic partner. Don’t believe them. Many years ago I owned a dating service. I would ask all of my female clients what they most wanted in a romantic partner. They usually mentioned honesty, intelligence, a good sense of humor first. What about money? Most claimed it wasn’t important. “Would you date an unemployed man?” Of course not. “What if he earned half of what you do?” Most would not date him. Inevitably almost all of my female clients would finally admit that they preferred to meet someone with “at least as much money as I have, preferably more.”

So let’s stop the game-playing. In an honest dating world women will admit to their preference for prosperous men. And bachelors will admit to wanting a beautiful woman. Hopefully each will find much more than just wealth and beauty! How about a happy, loving relationship?

P.S. The times they are a-changing. More and more women are achieving wealth on their own in today’s world.. As women achieve financial success on their own, they are less willing to pursue a man for his money. In fact, many of these women have become the targets of male gold diggers.